“This is Banana Republic crap that we’re watching right now,” said Gallagher, who had spoken out against objections from fellow Republicans to certifying the Electoral College vote that Biden won.

What we’re witnessing is some serious 3rd-World Shit. Are we suddenly living in Venezuela here?

Bring in the tear gas and pepper spray, run the mob out of the capitol building, and start the impeachment process.

That’s what it’s come to.

Republicans, respect the election process, accept the outcomes, and try to do better next time. If you can, after this fiasco.

Democrats, don’t be smug. You brought this s**t down on us by fueling the riots earlier in the year.

For a conflicting few hours, it looked like President Trump would snatch victory from the jaws of defeat. I had very mixed emotions about this as The Donald is a terrible president who would, in a wiser country, never have been selected to the ballot in 2016. Its his enemies, who are also my enemies – Pelosi, AOC (AOL?), et al – that made him the least bad choice.

It is now clear that Joe Biden won the election.

All that remains is for the lawsuits to run their course toward the inevitable and the 4-year experiment with a megalomaniac as president will come to an end. Not something I hope to see again in my lifetime.

Let Joe Biden be sworn in as present. Then, the loyal resistance can take up the torch of the Never-Trumpers, take to the streets and to the courts, preen, posture, and protest.

The NTs childish antics since 2016 call for a harsh response from the right now that Democrats are about to reclaim power. Reveling in their victory now, the NTs richly deserve what they are about to get: a taste of their own bitter medicine.

Or perhaps not. As a rule, conservatives and libertarians have more interest in living their own lives than meddling in others’, which makes for weaker displays of overt resistance to liberal regimes.

Quite an interesting presidential election. President Trump has 267 electoral votes locked up, by my count. That leaves him 3 short and he must come from behind in either Michigan or Nevada to keep the presidency.

My prediction is that will not happen and Joe Biden will become president.

Given the vast inaccuracies in pollsters’ reports leading up to the election, I figure my guess is as good as theirs.

Which is interesting, considering they get paid to get these things right.

Or do they? There’s a legitimate line of thinking that the press and the pollsters have taken on the self-appointed role of “making the market” and now fully intend to make the news, not report it.

Stay in your lanes, boys and girls. Ask your questions, report the answers, and keep your opinions on the Op-Ed page.

Happy fallback day, the annual return to a period of darkness in the life of working men and women, the real Americans. This seems suitable for Election Week 2020, perhaps the grimmest occurrence in my half-century on Earth.

Foiled in my attempt to early-vote, I’ll now have to face the crowds on Tuesday to cast my votes. At this late date, I still do not know whose name I’ll put at the top of my ballot. Downstream is easy: a set of Republican and Libertarian votes is de rigueur.

Unfortunately, the choice for President of the United States, which should be an easy one, is akin to choosing between death by blunderbuss – President Trump – and smallpox – Joe Biden.

Is it better to burn out than fade away, as Joe Elliot sang in Rock of Ages, a song from a happier time dominated by Valley Girls, the end of the Cold War, and the Reagan/Thatcher cross-Atlantic alliance? If so, perhaps a vote for President Trump does inexplicably make sense.

Here is the problem with the Trump presidency in a pithy nutshell: It’s not that Mr. Trump is a racist idiot – he’s neither of those things – it’s that he consistently fails – indeed, refuses – to accept advice from those who know best. Trump treats the presidency as if it were a kingship, which is at once fundamentally un-American and a recipe for disaster in difficult times.

Joe Biden presents a politic – and political – safe choice. After all, how could the country go wrong electing a career politician who has accomplished exactly nothing during his decades in office?

The problem with Senator Biden is not so much with his own policies, it is that he stands at the head of the only-liberal-lives-matter mob that’s been howling for the blood of law enforcement officers – and getting it – all year. Democrats’ unhealthy sponsorship of street terrorism makes voting for Biden all but impossible.

Jobs or mobs? That seems to be the choice.

Add to this Dems’ long-standing and oft-frustrated sense that they know better than the rest of us and are entitled to jam their neo-socialist agenda past the clenched teeth and down the throats of unwilling Americans and have stated their intention to pack the Supreme Court with enough justices to reverse the Constitutional process and what do you get? A political poison pill that no one right of Joe Lieberman could vote for while sober.

Electing Joe Biden as president will cure the illness of Donald Trump as commander-in-chief but it will inevitably prove fatal to the patient, our nation.

Given a choice between two bad options, it’s natural to cast about for a way out of the trap. Unfortunately, there is no such option. The Libertarian party, the only one with a hope of emerging as a legitimate third option, has failed to grow itself during President Trump’s term. By fielding the exceptionally unknown Jo Jorgenson as the party’s candidate, the Libertarians have made themselves irrelevant in the fight.

Tuesday, November 3rd is a second date that will live in infamy in American history. Yet somehow a choice must be made. In the absence of clarity, I suspect mine will be made on the spot, a socio-political gut-level call that is as much desperation as hope.

There will be no winners in this election. Knowing that, it’s time for Americans to pick up the pieces and start moving forward again. We’ve wasted two decades sniveling over Monica-gate, Bush vs. Gore, and Trump’s electoral college miracle.

Now, there is no place to fall back to. It is time to chart a course forward together, even if it is into disaster.

My answer to a rather frivolous question on Quora:  “I don’t really like Trump, but I am conservative. Why are all the Republicans supporting Trump? Are there not any other candidates?”

Not in the sense that matters. If he had made major blunders that caused economic decline, foreign policy disasters, or engaged in an unsupported war overseas, President Trump *might* have become vulnerable to a Republican challenger. Since none of those things happened, yet at least, he is the unchallenged – and unchallengeable – leader of the Republican party for the 8 months and, quite possibly, another 4 years after that. Even after he leaves office (which he will, sorry conspiracy theorists), his influence with, on, and through social media will influence Republican policy as long as he stays actively engaged.

One takeaway from this is that there is no better time to get involved with a grassroots, 3rd party movement at the local level. An easy way to get started might be to engage with the Libertarian party, which has at least some organizational structure and name recognition.

Hardly. Conyers made a career out of race-focused politics. Leaving the current sexual harassment witch hunt and his wife’s bribery conviction out of the discussion, fifty years is enough. 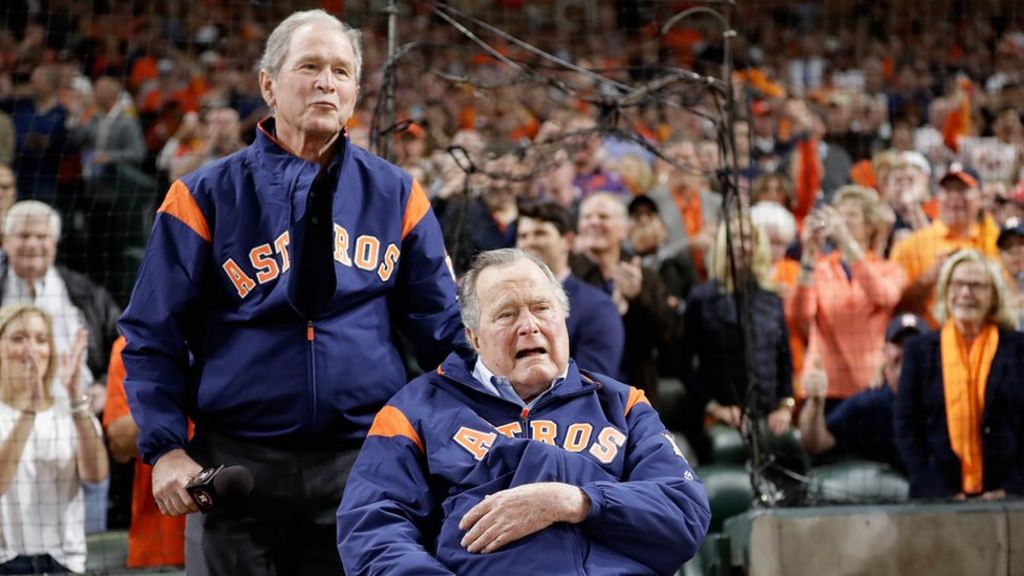 Considering how chill former presidents are, this is a big statement. Not that a blowhard like Trump cares.

One of the most eloquent defenders of common sense in the U.S., Mike Rowe seems to have run afoul of the thought police at YouTube. Google, don’t be evil.

Craig is absolutely right about this. A more recent anology is the failed promise of nuclear fusion. Alchemy, cold fusion, and AI may happen someday, but not any time soon.
Interesting thought exercise: Imagine an Internet without Google search and Google ads. One would be missed. The other would not.