After a grueling spring and early summer I’m on vacation with my son this week. Yesterday we hopped a jet and within 3 hours were 1000+ miles away from the baking sun of central Texas – nice. The flight was smooth and on-time and everything about the experience was exactly as it should be, with one exception – airport security.

Not that’s it’s not needed – the opposite has been proven by terrorists on multiple occasions. What’s wrong with security isn’t the appropriateness of it given the world situation and it isn’t the implementation either, uneven as it is.

No, the problem is with the existence of a need for security. See, there’s two kinds of people in the world, he said, oversimplifying things a tad – those who make order out of chaos by creating “goodness” and those who do the opposite. There are also two kinds of ideological philosophies that can be distinguished by their actions using the same criteria.

So on the one hand we have western democracies, countries that acknowledged individual rights and have created wealth and stability wherever they’ve rules, and on the other the medieval forces of Islam on the other. One is a set of societies that have a purpose rather eloquently expressed by the symbol of a jet airliner while the other is determined to halt human progress at the boundary it established for itself centuries ago and whose most revealing actions have been the destruction of the others’ greatest achievements.

What is the purpose of such a society? And should it be allowed to gain power over people who reject its repressive methods and stagnant theocracy? Or should it be opposed and, ideally, be forced to confront its own shortcomings before ascending to the world stage?

These are legitimate questions and you, despite what Muslim activist groups and those who practice too much political correctness would have you believe, are entitled to ask them.

Fundamentally, the question is this: Which model for the future of mankind is better, A or B? 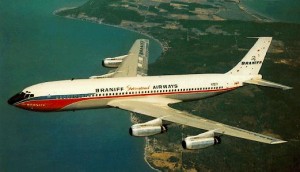 It’s really not any more complex than that.

With regard to questions of the world, as opposed to those of faith, is there another, more important question?  I don’t think so.  Therefore, this question should color all analysis of politics and its figures, workings, and elections.

For Americans, who understands this question and the correct answer better, John McCain or Barack Obama?

Violence Down in Iraq, Again

Bailing Out the Greedy