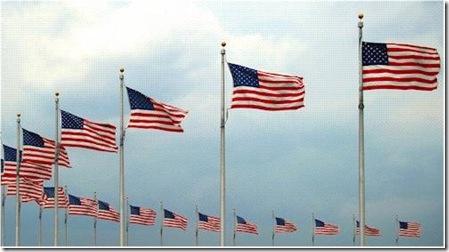 Seven years ago terrorists started a fight that they thought Americans would be too soft, too self-indulgent, and too fearful to return.  They were wrong, of course, but they were right as well, as demonstrated by the lack for support here at home for the battles in Iraq and Afghanistan.

It’s notable that no further terrorist attacks have been carried out on American soil since 9/11.  The Bush administration, for all of its faults, deserves to be acknowledged for this accomplishment, just as those Americans – and the families who still undoubtedly mourn them – who died as a result of Islamic terrorist deserve to be remembered.

Regarding national security, here’s a question to ask yourself – do you think that Barack Obama, Harry Reid, and Nancy Pelosi could have handled the last 7 years as well if they’d been in charge?

I don’t think so.