After all the left’s gnashing of teeth over comments allegedly made at a Republican presidential rally, the pic below shows the core belief of their far left fringe.  A little over the top, no?

Even if some moron did shout "Kill him!" about Obama at a Palin event, the elaborate death-contraption these Obama supporters constructed and paraded around Denver is far more indicative of a delusional state of mind than a random bigot’s over-addled emotions. 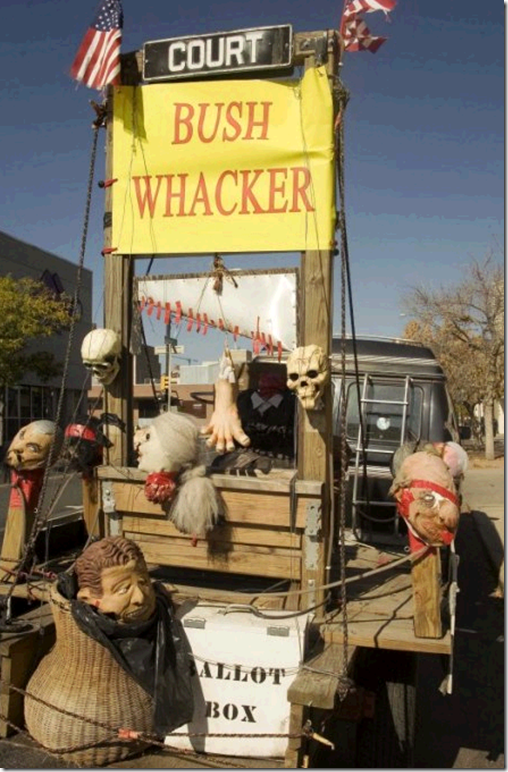 In a way this sickening display is actually appropriate – liberalism embraces the culture of death in its unflagging, unquestioning support of abortion, its repression of Christian expression, and its absolute insistence on wealth redistribution, the outright theft of the results of other people’s work.

Wikileaks: The CIA is using popular TVs, smartphones and cars to spy on their owners