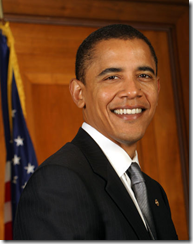 On his second day in office, Barack Obama fulfilled a campaign promise when he replaced George W. Bush’s executive order pertaining to executive privilege and the release – or withholding, in Bush’s case – of presidential records.

Going forward, anytime the American people want to know something that I or a former President wants to withhold, we will have to consult with the Attorney General and the White House Counsel, whose business it is to ensure compliance with the rule of law. Information will not be withheld just because I say so. It will be withheld because a separate authority believes my request is well grounded in the Constitution.

This is a good thing.  Government should be transparent whenever possible and presidents, as we all know, are neither above the law nor beyond the need for scrutiny.

Executive orders such as these come and go and former President Bush had to know that his would not long survive his presidency.  Presumedly it served its purpose by allowing him to keep certain records private during two terms in office.

Though I’ve long maintained that a Democratic president would have largely followed the same path with regard to the War on Terror and its conduct, it will be interesting to see what untoward information, if any, is ultimately revealed in the wake of Obama’s decision to lessen the protection level Bush administration documents will have.

The Hated (by me) Incumbents

Jeff Flake’s devastating indictment of his Republican Party, in 11 quotes