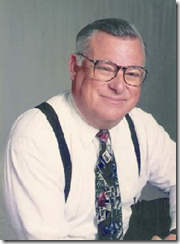 It’s been a few months since I first wrote about Wiley Drake, the uncouth pastor from Buena Park, California whose 15 minutes of fame came when he posited that God would strike Rick Warren down for daring to speak at President Obama’s inauguration.  Strangely, Warren seems to be doing just fine, thanks, and most Christians have forgotten about Drake and the the dead albatross he hung around our necks with his ridiculous pronouncement.

Unfortunately it seems that run of good luck is over: the Drake has laid another, even more foul egg with which to stink up the good name of Christians everywhere.  This time he’s on record saying that he’s actively praying for Barack Obama to die.

[Alan Colmes] “So you’re praying for the death of the president of the United States?”

“You would like for the president of the United States to die?” Colmes asked once more.

“If he does not turn to God and does not turn his life around, I am asking God to enforce imprecatory prayers that are throughout the Scripture that would cause him death, that’s correct.”

A quick read of my original post would reveal a sort of cautious optimism about Barack Obama’s upcoming presidency.  I was then not fully jaded, hopeful that, despite what his radical supporters clamored for, Mr. Obama would stick to his promise to govern the whole country and not radically inject government into the business and personal lives of Americans.  I have been vastly disappointed in this vain hope, for it seems the audacity of hopelessness that drives Obama’s neo-liberalism is well on its way to being implemented nationwide.

From the ill-advised bailouts of failing financial conglomerates to the nationalization of the auto industry liberalism helped destroy to the bloated, pork-laden budgets that make George W. Bush look like a miser, Barack Obama has already done many things wrong in his short presidency.  Moreover, virtually everything he stands for is equally wrong.

Nevertheless, for a self-defined Christian, particularly a so-called leader of men, to actively seek the death of a president who has done nothing to deserve such condemnation is outrageous, ridiculous, humiliating for the rest of the flock, bordering on the insane, and a grotesque insult to the Son of Man himself, who Drake purports to follow.

I’ll make you a wager. I’ll bet you won’t hear Hannity and Limbaugh play this in an endless loop like they did the statements of Reverend Wright. Any takers?

To which I reply, why should they?  Are we in the middle of a presidential campaign and is the leading Republican candidate a decade-long follower of Wiley Drake?  No, making both the wager and its pro-Obama hyperbole meaningless.  Wright was a racist influence on the President of the United States; Wiley Drake is a fool who doesn’t deserve media attention.

To conclude, if you contribute money to Wiley Drake then you need to stop doing so.  Today, before he makes more trouble for the nation and for the brotherhood of Christians that frankly he has no more right to claim to be a part of than his former nemesis, one Dr. George Tiller.