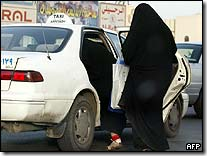 The BBC says that a group of Saudi women plan to deliver a petition to the King Abdullah which would, if approved, allow them to drive cars for the first time.

Members of the Committee of Demanders of Women’s Right to Drive Cars plan to deliver a petition to King Abdullah by Sunday, Saudi Arabia’s National Day.

A founding member of the Committee of Demanders of Women’s Right to Drive Cars, Fawzia al-Oyouni, said its electronic petition would highlight what many Saudi men and women consider a "stolen right".

"We would like to remind officials that this is, as many have said, a social and not religious or political issue," she told the Associated Press. "Since it’s a social issue, we have the right to lobby for it."

"This is a right that has been delayed for too long."

This has been an ongoing struggle for the women of Saudi Arabia.

Saudi Arabia is the only Gulf state to ban women from the road.

Correspondents say Saudi women lead some of the most restricted lives in the world, with everything but the most minor public transaction requiring approval from their husbands or fathers.

Those who have tried in the past to defy the ban have been punished for their trouble.

This was originally an unofficial ban, but it became law after an incident in 1990, when 47 women from the Saudi intelligentsia challenged the authorities by taking their husbands’ and brothers’ cars out for a drive.

The backlash from the Saudi religious elite was swift. Many of the women lost their jobs or were harassed in other ways.

Regarding this week’s petition, the usual repressive response is predicted:

Correspondents say the demand is likely to be rejected, as conservatives argue if women are allowed to drive, they will be able to mix freely with men.

The horror, the horror.

Now, if Saudi men were to say that they don’t want their wives to drive because it’s dangerous, that I could understand. 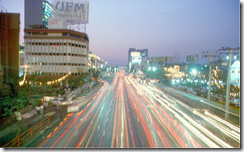 Driving is hazardous in Saudi, what with a per-vehicle traffic fatality rate roughly 7 times that of the U.S. 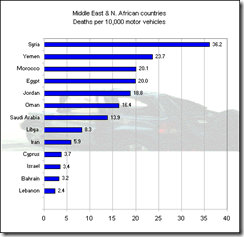 Safety of loved ones is certainly a logical and defensible argument, even if it is somewhat condescending toward women.

But no.  It’s always the same knee-jerk reaction to the possible mixing of the sexes.  Never mind the hypocrisy of a social system that allows men to have multiple wives while denying women even the most basic rights.  Men and women might see actually each other and they can’t have that.

The issue is perhaps best summarized by Prince Nayef, who said:  "We consider [the question] to be secondary, not a priority.  These matters are decided according to the general good and what is dictated by women’s honour…"

Women’s Rights Under Assault in Afghanistan

One thought on “Saudi Women Want to Drive”