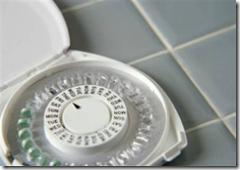 Demonstrating that a lot of Americans aren’t too bright, 30% of those surveyed by AP said that public schools should give out birth control to students regardless of whether their parents have given their consent or not.

(The media is reporting 67% of parents agree with the idea, but that includes the 37% who think that parental consent is necessary.  Why go with the higher number?  2 birds with 1 stone – it makes for a better headline and promotes a liberal social agenda.  Hhmmm…)

“Kids are kids,” said Danielle Kessenger, 39, a mother of three young children… “I was a teenager once and parents don’t know everything, though we think we do.”

“It’s not the school’s place to be parents,” said Robert Shaw… “For a school to provide birth control, it’s almost like the school saying, ‘You should go out and have sex.”‘

As all of us learned a while ago – a long while ago for some of us – Danielle and Robert are both are right.  But that’s not the issue – parental rights are.  It’s one thing to say that teens should have relatively easy access to birth control – and pretty much every American does, regardless of age – but quite another for nearly 1/3 of Americans to say that parents have no right to manage that decision for their kids.

As a peculiar sage pointed out, children are not allowed to have candy at many schools any more – no cupcakes for birthday parties, no Halloween candy, no fun.  Yet these same schools, which liberals maintain are a branch of the government when it comes to 2nd Amendment issues, should be in the business of dispensing birth control?

The survey was conducted in late October after a school board in Portland, Maine, voted to let a middle school health center provide students with full contraceptive services. The school’s students are sixth- through eighth-graders, when most children are 11 to 13 years old, and do not have to tell their parents about services they receive.

“I’d be pulling my kids out of that school,” Ron Wrobel…said of the Maine middle school.