This from Doug.  Thanks!

It is a matter of history that when Supreme Commander of the Allied Forces, General Dwight Eisenhower, found the victims of the death camps he ordered all possible photographs to be taken, and for the German people from surrounding villages to be ushered through the camps and even made to bury the dead. 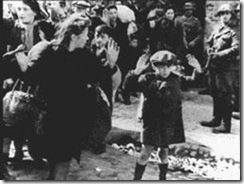 He did this because he said in words to this effect:

It is now more than 60 years after the Second World War in Europe ended. This is in memory of the:

who were ‘murdered, raped, burned, starved, beat, experimented on and humiliated’ while the German people looked the other way! 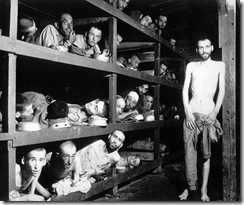 Now, more than ever, with Iran, among others, claiming the Holocaust to be ‘a myth,’ it is imperative to make sure the world never forgets. 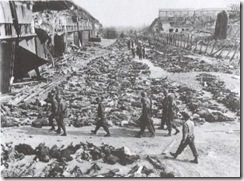 How many years will it be before the attack on the World Trade Center, ‘NEVER HAPPENED’ because it offends Muslim in the U.S.?

In this age of electronic media, truth is more malleable than ever.  One only has to consider the trials at Wikipedia to recognize that there are those who actively seek to hide the truth and/or change the world’s perception of truth in ways that serve them.

How long until the twin towers are forgotten by Americans?  They will never be forgotten.  Yet the cause of their destruction may very well be taught to unborn American generations as a truther-concocted lie because the real truth – that this generation’s Muslim youth are an overzealous, dangerous demographic whose aggressiveness is vastly out of proportion to their merit – is too unpleasant, to unpopular, or too hazardous to speak aloud.

Evidently that has been the case in England for some time, as reported by the Times Online last April.

Teachers are dropping controversial subjects such as the Holocaust and the Crusades from history lessons because they do not want to cause offence to children from certain races or religions, a report [produced with funding from the Department for Education] claims.

Things will only get worse in Europe as time goes by.  As Mark Steyn puts it, the demographics dictate that European nations will be come more Muslim – and less free – during the coming decades.  He’s not the only one who thinks so.

“We’re the ones who will change you,” the Norwegian imam Mullah Krekar told the Oslo newspaper Dagbladet in 2006. “Just look at the development within Europe, where the number of Muslims is expanding like mosquitoes. Every Western woman in the EU is producing an average of 1.4 children. Every Muslim woman in the same countries is producing 3.5 children.” As he summed it up: “Our way of thinking will prove more powerful than yours.”

The way of brute strength and rising numbers is more powerful than democratic ideals when it comes to a street fight, which makes me wonder about the wisdom of inviting millions of Muslim immigrants into Europe.  But that cat’s out of the bag, isn’t it?

The question is:  What will we do differently in America?  For one thing, we always need to tell the truth, regardless of offense.