Since this picture of “Muhammed the Mad Bomber” by Kurt Westergaard seems to be disappearing from the Internet, at least in its original form, I thought I would keep it alive in a small way. 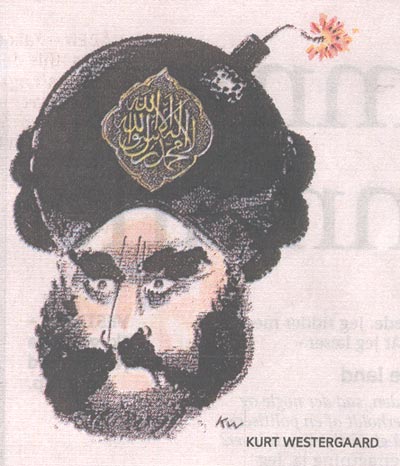 I suppose a clever denounciation of religious fanaticism would be in order as well, but no one who thinks that a drawing like this should be met with explosives would listen to anything as trivial as reason, so why bother?