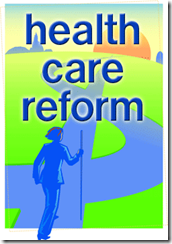 Probably tired of the shrill voices in his ear, Energy and Commerce Committee Chairman Henry Waxman (D-Calif.) has evidently given in to liberal Democrats such that there will be a floor vote in the House on a government-run, single-payer system, saying “I believe their wishes will be accommodated.”

I am not for another, larger government-bungled system. The Veterans Affairs system amply demonstrates what health care would be like if it were run by the federal government.

Nevertheless, I also think that the floor vote on the liberals’ proposal is a good thing. A significant number of representatives – and more importantly of American citizens – think such a system is just what we need. Categorically, it’s not. But let’s get the proposal out on the table, in the full light of day, and reject it so that we can move on to the next, slightly-less-bad idea.