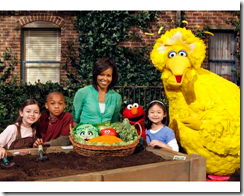 What does it cost to keep the First Lady of the United States primped and coiffed and contented?  A lot, lot more than it used to, Dr. Paul L. Williams says.

“In my own life, in my own small way, I have tried to give back to this country that has given me so much,” she said. “See, that’s why I left a job at a big law firm for a career in public service”

No, Michele Obama does not get paid to serve as the First Lady and she doesn’t perform any official duties. But this hasn’t deterred her from hiring an unprecedented number of staffers to cater to her every whim and to satisfy her every request in the midst of the Great Recession.

Just think,  Mary Lincoln was taken to task for purchasing china for the White House during the Civil War. And Mamie Eisenhowe had to shell out the salary for her personal secretary from her husband’s salary.

How things have changed! If you’re one of the tens of millions of Americans facing certain destitution, earning less than subsistence wages stocking the shelves at Wal-Mart or serving up McDonald cheeseburgers, prepare to scream and then come to realize that the benefit package for these servants of Ms Michelle are the same as members of the national security and defense departments and the bill for these assorted lackeys is paid by YOU, John Q. Public:

In fairness, there is nothing singularly exorbitant in any of these salaries individually.  But with a combined total of almost $1.6M, it’s frankly an outrageous expense to be taken on behalf of a person who holds no official responsibilities.  Indeed, as the reader who sent Dr. Williams’ link along says, one wonders why she needs so much help, at taxpayer expense, to conduct her social life in a manner that is obviously much more grand than that to which she was accustomed.

I’m also told that this total does not include makeup artist Ingrid Grimes-Miles, 49, and “First Hairstylist” Johnny Wright, 31, both of whom traveled aboard Air Force One to Europe with the Obamas, presumedly at taxpayer expense.

Lynn Sweet, a reliable voice in the on-line world, has a more detailed run-down on some of Michelle’s staffers and their credentials.

Think Williams is exaggerating this?  His number may actually be 10% low.  Kimberley Dvorak writes:

The magnitude of the first lady’s staff comes at a staggering taxpayer cost of $1.75 million per year. This number doesn’t include federal benefits, this cost is undisclosed.

The salaries rage from $172,200 at the high end to $36,000 on the low end. While most Americans suffer from the global-sized recession, the White House doesn’t seem to be too frugal with its spending practices.

As in so many things, liberal Democrats like Michelle Obama say one thing and do another.  Rather than considering the welfare of the country they are supposed to be managing through a difficult recession, the Obamas have instead feathered their own nest to an extraordinary degree.  More than being merely unseemly, Michelle’s gaudy staff expenses are indicative of the liberal pantomime: more for me and sacrifice for thee.  Such is the mentality of entitlement, a disease Michelle Obama has obviously come down with.