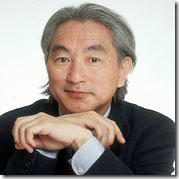 Eric Berger’s interview with Michio Kaku is, in his own words, a bit scatter-shot. It’s certainly that, but what Kaku had to say about America’s education system was brutal, fascinating, and dead-on true, particularly as relates to science:

Kaku: We are dumbing down the American high school kid. We have the worst educational system known to science. You can’t create a system worse than our science education system.

Berger: Because we have kids memorize things instead of teaching them to be curious?

Kaku: It’s worse than that. Our kids score below the students of Jordan, a third world country, in science and math. It’s many-fold, the reasons. One is the culture. Look at the Hollywood culture which glamorizes the jock and the cheerleader. But the jocks and the cheerleaders don’t create microchips. They don’t create new transistors. They don’t energize the economy. But that’s what Hollywood gives us, that jocks and cheerleaders rule the world. In high school we have this pyramid with jocks and cheerleaders at the top, and nerds at the bottom. As soon as they graduate the pyramid flips the other way but you’d never know that from Hollywood.

Second, teachers get too comfortable. There’s a lot of deadwood that needs to have a fire lit under their butt, OK? Third, the science curriculum. Humans are all born scientists. Until they get to high school. Then it’s crushed out of them. And you can just see it. Take a typical elementary class, they want to become firemen, doctors, scientists and astronauts. But track that year after year, and by the time you get to 17 or 18 it’s over. Then we wonder why our kids are not scientifically minded.

America produces the greatest financial and legal minds in the world.  Unfortunately, neither of these professions produces anything in the physical sense.  In particular, lawyers are a group of which our country has far too many of.  The abstraction of labor behind layers of technology is a something that has served a segment of our population well in recent decades.  But there is a point beyond which employment cannot be sanitized.

In order to be consumed, goods still must be produced.  In an increasingly technical marketplace, countries that lead scientifically will ultimately lead economically.  The creation of new electronic technology is more demanding a field than ever.  If American children are not given the educational base they need in order to compete on the battlefield of ideas, economic disappointment is certain to follow.

Texas A&M In the News Again

No Tag? Schools Are Idiots…

Fixing No Child Left Behind