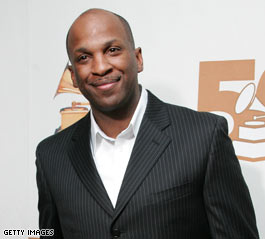 The controversial Gospel singer at the center of a gay and lesbian backlash against Sen. Barack Obama’s presidential campaign struck back at his critics Sunday night

"Don’t call me a bigot or anti-gay, when I have been touched by the same feelings," McClurkin went on. "When I have suffered with the same feelings. Don’t call me a homophobe, when I love everybody … Don’t tell me that I stand up and I say vile words against the gay community because I don’t. I don’t speak against the homosexual. I tell you that God delivered me from homosexuality."

Nearly all of the African-American concert-goers interviewed by CNN expressed support for McClurkin. Some referenced the First Amendment, saying McClurkin had the right to say what he pleased. Others agreed with McClurkin and said that homosexuality is a choice. Several more invoked the Bible and said homosexuality is simply wrong.

A September poll conducted by Winthrop University and ETV showed that 74 percent of South Carolina African-Americans believe homosexuality is "unacceptable."

That it’s not only "homophobic" white Republicans and the Religious Right who feel that way might be an epiphany for some.

Yet what exactly does "unacceptable" mean?  It’s exactly not a term designed to draw out the strength or nuances of a person’s views.

In any event it’s nice to see a man who will stand by his views and defend them against criticism rather than caving in to pressure from a small minority that demands toeing of the politically correct line.

Making Sense of the Game

Defending Ron Paul, Since I must