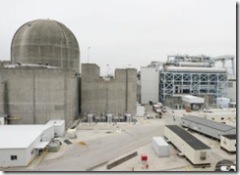 Texas anti-nuclear activists are rallying their forces to challenge the so-called nuclear renaissance that could see the state become home to the country’s first new nuclear power plant project in nearly 30 years.

Austin-based officials with the Sierra Club, Public Citizen and the Sustainable Energy and Economic Development Coalition said they don’t yet know if they will intervene in the [the Nuclear Regulatory Commission’s] review separately or under one name. But they don’t plan on sitting on their hands.

“We need to draw a line in the sand here in Texas and create a new nuclear resistance movement to say no to the nuclear regurgitation,” said Karen Hadden, director of SEED.

NRG spokesman David Knox said building new nuclear plants like the one his company is planning will be major steps toward battling global warming.

“Nuclear is clean, safe and secure and will be critical to help meet rising electrical demand without contributing to global climate change,” Knox said.

NRG would be a major stakeholder in the new plant, so Knox’s words are to be expected.  Yet the nuclear power industry’s record has been good in the U.S. and our power needs must be satisfied, whether the Sierra Club likes it or not.

Clearly they do not:

In Texas organizers spent a lot of time and effort in the past two years fighting TXU’s plans to build nearly a dozen new coal-fired power plants.

While environmentalists’ impact was probably negligible, central Texas was recently passed over as the site of a near-zero emissions coal-fired power plant.  No doubt the local Sierra Club undoubtedly regards that as a victory.

If so it’s a Pyrrhic one; Greens will be no less in the dark than the rest of us should the power grid be compromised because we failed to invest properly in our infrastructure.

Nuclear power can and should be an important part of that infrastructure.  It is more viable as a long-term energy source than ethanol, cleaner than coal, and more available than hydrogen.

Rather than give in to the Sierra Club, et al, we should embrace nuclear energy as a practical alternative to foreign oil and as the base of a hydrogen-based economy of the future.

That may take proponents of nuclear power to become activists themselves.

Neil Carman, director of the clean air program for the Sierra Club in Texas, said the state’s environmental community hasn’t addressed nuclear energy for many years.

“But it’s been quite amazing to see a lot of people coming out of the woodwork and wanting to work on this,” Carman said. “I think you will see a very strong anti-nuclear movement in Texas.”

Rise, silent majority, and let your voices be heard.