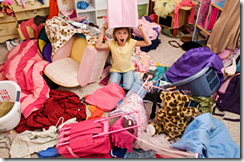 In 1999, a group of researchers led by William Pelham released the Multimodal Treatment Study of Children with ADHD (MTA), a paper that failed to note the benefits that children receive from their medicine decline over time.  The MTA ran into controversy when an academic review of the paper questioned why it played down negative effects of the drug and team members publicly stated that the report was biased in favor of drug treatment programs.

Now the latest data, released in 2007, shows that children who were medicated for 3 years showed no behavioral improvements over un-medicated peers.  Interestingly, the medicated children were shown to be slightly shorter and lighter, implying that the drugs may have interfered with their natural growth processes.

Brooke Molina, also a co-author and a University of Pittsburgh associate professor of psychology and psychiatry…said the data do not “support that children who stay on medication longer than two years have better outcomes than children who don’t.”

And James Swanson, another MTA co-author and a psychologist at the University of California at Irvine said:

William Pelham, who seems to have done an about-face in regard to his original findings, now says that the primary purpose of ADHD medicine is to give parents an opportunity to get their child behavioral counseling.

Obviously that doesn’t bode well for the majority of children diagnosed with the disorder given the short-term nature of drug therapy.  Two reason spring to mind that might explain the drop-off in parental follow-through.  First, the drugs’ short-term effects may lead parents to falsely believe that their child is somehow cured and that no other action is needed on their part.  Second, behavioral counseling undoubtedly takes more time and effort on the part of parents than opening a bottle of pills.  Unfortunately, I think that part of the 75% is simple laziness.

On the Potential Passing of Byrd, DemCare

"So you want attention, eh?"