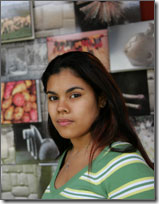 The Pew Hispanic Center reports that 73% of illegal immigrants’ children are U.S. citizens, an increase of 10% in the last 5 years and a jump of 1.3 million in absolute numbers over the same period.  Conversely, the number of juvenile illegal immigrants actually declined by 100,000.

The report also finds that nearly illegal immigrants lack a high school education and, not surprisingly, earn substantially less than the American median salary and that nearly 60% of illegals have no health insurance, as do over 30% of their children.

The costs of illegal immigration is directly born by schools where 1 out of every 16 kindergarteners is the child of an illegal immigrant.  It is unclear exactly how much of the tax burden owed by illegals is actually paid.  But even discounting the black market economy of untaxed cash payments, illegals’ lower levels of income mean that their children’s educational expenses are disproportionately born by U.S. citizens.

The same can certainly be said of emergency room services, the health care provider of last resort for the uninsured – nearly 9 million of whom are illegal immigrants and their children.

One ray of sunshine in the report is this nugget:

Nearly half of unauthorized immigrant households (47%) consist of a couple with children. That is a greater share than for households of U.S.-born residents (21%) or legal immigrants (35%).

The report goes on to say that this good news may be temporary.  Given illegal immigrants’ youthful population, their tendency to live in nuclear families may dissipate over time as they age and become more Americanized.