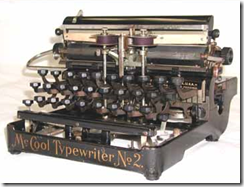 I attended the Houston tea party on April 15th and came away with some nice pictures of the protesters signs/messages, some good audio clips that I’ve now posted, and a new respect for field journalism when it is practiced well.

Of course journalism isn’t always done right, as CNN’s Susan Roesgen showed us in no uncertain terms, and that’s part of the reason for the decline of the great American newspaper, among several others.  Edward R. Murrow, where have you gone?

Perhaps we don’t need CNN anymore.  Jay Rosen of NYU is one of the leading proponents of citizen journalism which he defines thusly:

When the people formerly known as the audience employ the press tools they have in their possession to inform one another, that’s citizen journalism.

So how did my venture into the field go?

Like most new media types I generally write from an editorialist perspective.  Things happen, I note them, and give an opinion on whether the event was good or bad and why.

Field reporting is different because you’re in the event, recording the facts as they happen, and, as Jay says, using your first-hand knowledge of the event to inform others about it.

A “real” journalist has some advantages over the amateur, one of which is a support system that comes in the form of a home office, other aligned personnel, and dedicated equipment.  All of these aids, unseen by the news consumer, are important.

On Wednesday the “equipment in my possession” was a multimedia-capable phone, a digital camera, and a note pad/pen.  This was almost enough.  But I was traveling light and ran into a couple of snags due to lack of practice at being in the field and lack of proper equipment.

The tea party was both an auditory and visual event.  My phone has a decent camera for its size, which was important.  All of the hot-off-the-presses photos came from the phone cam at 640×480 rez, which is perfectly fine for online publication, and attached to an SMS to Michael’s gmail account, were easily submitted back to base.  The one thing I did have going for me that not every blog writer can count on was an engaged editor in the form of Michael vdG.

I mostly made it a practice to shoot everything twice, once with the phone and again with my real digital camera, a point-and-shoot 8 mega-pixel Nikon.  Most of the photos I published on the my final photo round-up came from the Nikon since they were significantly sharper.

My first hang-up came while trying to do 5 things at the same time: talk to people in the crowd, make notes, formula copy for Michael, photograph the cool signs, which were everywhere, and capture the speakers’ audio.  Not an easy thing to do with only two hands and one phone.

The dedicated camera helped at this point because I could still snap the odd pic here and there while using the phone to text Michael my report.  This did mean an interruption in the flow of pics, however, since the Nikon has no connectivity.  Multitasking was also hindered by texting because it tied up the phone that I planned to use to make the recordings.

As Jay says, it’s the equipment in one’s possession that counts.  My phone is an LG Vu CU920, which is a pretty nice phone, particularly at the going price.  Ideally a one-man-band would have 3 fully-capable phones at hand so as to be able to shoot pics, record audio, and send copy at the same time. 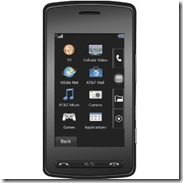 It was when I made the decision to switch to recording audio that one of the Vu’s subtle flaws made itself known.  I’d fired off several messages to Michael containing text and video before starting recording and he replied to some of them.  Unfortunately, when a text message is received the Vu stops recording – without notifying the operator.  This caused several recordings to be prematurely stopped and audio lost.  Another Vu oddity is that it only records in 6 minute chunks, meaning the recording had to be constantly monitored during long speeches.  A dedicated recording device would have prevented gaps in the audio record of the event.

Another area in which time in the field would have helped was in conducting interviews.  The event was attended by 8000 people and there was a band up prior to the speakers.  Noise was an issue, as was not having a set game-plan for the interviews.  A list of prepared questions would have helped a great deal.  One thing that was a little surprising was how willing people were to talk – no one refused.

The worst problem for me began to occur when the event was about half over.  At that point my texts began to fail to send for unexplained reasons.  I wasn’t able to transmit most of the audio back to Michael, which meant that it couldn’t get published in a timely manner.  Eventually I gave up trying to send messages out.  Ideally I would have had access to a second communications network when AT&T’s started giving me problems.

A final issue that caused a problem with the delivery of audio to our readers was the file format in which the Vu’s audio is saved.  The AMR format is highly compact and is normally played back by Apple’s QuickTime, a popular media player on Windows, as well as Mac.  Unfortunately it is not a standard MIME type known to all web servers.  Apparently this caused the upload of the audio I was able to send back to fail.  A one-time tweak to the web server configuration would have solved this problem, had it been known in advance.

Although it’s well after the fact now, several of the speeches are well worth a listen and I still highly recommend checking them out.

In conclusion let me say that the news reports we see on television look simple.  But the logistics involved in actually getting the news is more difficult than it appears, particularly when one is going it alone hundreds of miles away from home.

Jay Rosen, Dave Winer, and others are bullish on the future of citizen journalism as an inevitable replacement for the current for-profit model of journalism.

Certainly the business model for newspapers as we know them is not sustainable.  It can never be so when readers – i.e., customers – see the market price for news as zero.  We expect to get our news for free these days and one effect is that the cost of production must also be zero or as close to it as possible.

Citizen journalism meets that criteria.  My concern is that the integrity that we’ve become accustomed to seeing demonstrated by our leading reporters would be lost if the reporting of news were handed over to ordinary citizens like me.

However, judging from the absolutely shameful reporting and commentary produced by CNN and MSNBC while covering the tea parties, that concern seems less important.  Could John Q. Public have done any worse than David Schuster?

Schuster’s bully-pulpit – Olbermann’s really – gives him both an unearned air of authority and a responsibility to act like an adult while reporting the facts, a responsibility that he failed to even attempt to live up to.  CNN’s Roesgen has gone off on a “vacation” after abusing her interviewee in front of the world.  MSNBC’s Schuster – also of Chelsea Clinton “pimped out” fame – apparently enjoys the full support of his network in lieu of the termination notice he richly deserves.

For these offenses against journalistic integrity CNN and MSNBC should be banned from the link list of all respectable blogs.  They deserve no props for their work and no links from ours.  Their articles should go unread and their videos unseen until such time as they begin to practice their profession with a proper of decorum.

Perhaps in their place a thousand individual flowers can bloom.  I strongly suspect that accountability and quality would both improve in that event.