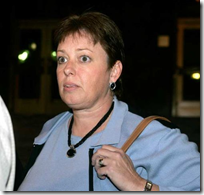 The LA Times says that U.S. District Judge George H. Wu will throw out the conviction of Lori Drew, the mother who stalked and harassed Megan Meier, a classmate of her daughter’s, until Megan committed suicide, when his written ruling is filed, probably next week.

“Is a misdemeanor committed by the conduct which is done every single day by millions and millions of people?” Wu asked. “If these people do read [the terms of service] and still say they’re 40 when they are 45, is that a misdemeanor?”

The prosecution’s case was in fact based on some unique interpretations of cyber-law and Wu ultimately failed to buy its argument.  From a technologist’s perspective the ruling does make sense.  An online service’s terms of service are essentially arbitrary and the act of violating them is not a legal matter in and of itself.

That said, this case is another clear indicator of the difference between what is right and what is legal.  Drew is guilty as sin of stalking, harassing, and bullying a vulnerable minor and she is the primary culprit in the girl’s death.

Wouldn’t it be nice if the law were actually the sharp-edged tool that proponents of social legalism purport it to be?  In a country where smoking a cigarette is a legal violation, it makes no sense that Lori Drew will walk away from this case a free woman.

Thoughts About Aaron Swartz, “Hacking”, and the Law