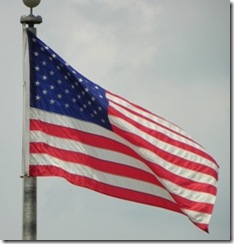 I spent most of America’s Independence Day in Vicksburg, Mississippi at the Vicksburg National Military Park where, on the same day 146 years earlier, one of the key battles in the Civil War was concluded with the Confederate General John Pemberton surrendering to Union forces.  With the fall of Vicksburg, the North would thereafter control the Mississippi river and go on to crush the Confederacy, first winning the war and then implementing the peace in the form of Reconstruction.

There can be no defending the institution of slavery, whether in the whole of human history or in the United States of America.  The concept of owning another human being should be anathema to every person on the planet.  Moreover, no legitimate government can, implicitly or explicitly endorse or condone slavery.

Certainly the South’s demand for the continuation of slavery was a significant part of the dispute that led the southern states to secede from the United States and form the Confederacy.  Leaving aside the question of whether southerners actually believed that slavery was justifiable, it’s clear to me that the south’s economy was built on the false pretense that slavery was a cost-saving mechanism that businessmen could continue to exploit.

In fact, large segments of the economy depended on free labor to be economically viable.  It was inevitable that this unsustainable structure would falter.  That labor supply could not continue to exist indefinitely, with or without a Civil War to free the slaves.  The southern states’ belief that life and business could continue on as it had there for decades was therefore a mistaken one.

It is also a mistake to ascribe to the northern states’ an overly noble motive.  Slavery was not itself what prompted Abraham Lincoln to go to war.  Rather, it was the southern states’ secession was the cause, for their withdrawal, if sanctioned, threatened what Lincoln saw as the “perfect union”, a union that he felt had to be maintained at any cost, to be paid in blood.

This is worth noting for two reasons.  First, as the American Civil War and numerous other internal and regional conflicts around the world since demonstrate, it is much easier to become part of a nation-state than it is to get out of the arrangement.  That is one of the lessons to be learned from the Civil War, that it is effectively impossible for a minority, even when concentrated in a geographic area, to extricate itself out from under the boot of a heavily armed government, even when the oppressing nation-state would itself be well-advised to simply let some people and territory go.  Witness Turkey and Iraq re the Kurds for a modern day example of this last point.

Second, radical thinking leads directly to conflict when men and women who embody it are raised to positions of power.  Lincoln was radical on the issue of slavery and while he was morally right to oppose the grotesque institution, his election caused the secession of the southern states and ultimately led to the deaths of nearly 600,000 soldiers.  That’s one dead soldier for every 7 slaves freed, or near enough.  Likewise, on the other side, radical rather than logical thinking is what led southerner leaders to believe that their plan to withdraw from the United States would be allowed to come to fruition.

Radicalization is an important issue in our time as well, for it seems that left and right grow ever farther apart in their positions and their rhetoric.  The old north/south divisions still exist, as the map of the 2008 Electoral College plainly shows.  Another, more accurate way to describe the divide is between urban and rural regions, the former being predominately left of center and the latter favoring the right.  That these lines are strictly drawn is well-established.  The question is whether the radical voices on either side will be allowed to dominate the debate to the extent that physical violence once again becomes seen as a legitimate means to achieve goals.

The most important thing we can do to ensure that doesn’t happen is to begin to tell the truth, both to each other and ourselves.  The southern states’ unwillingness to accept the truth of the immoral nature and unsustainable basis of their economy led them to rebellion when an honest acknowledgment of the facts would have shown them a better path.

Conversely, the north’s victory and subsequent Reconstruction of the south created precedent for centralized, dictatorial governmental authority that would have been welcomed by few of the Founding Fathers.  Had Abraham Lincoln foreseen the bloating of the federal government, the increase in its intrusion into the daily lives of Americans, and the reduction in the authority of state and local governments, I would like to think that the outcome would have given him reason to pause and consider if his was the right course of action.

Some consider the United States to be the greatest perpetrator of slavery, something that many have called the greatest evil of all.  Yet only some 5% of Africans taken into slavery came to the United States, a statistic that belies the first point.  Regarding the second, far more babies have died in abortion clinics than ever served in slavery.  Which then is the greater evil?

Regardless of your personal answer, know that the tightly-wound and diametrically opposed forces on either side of the issue present a worst-case scenario as relates to political compromise.  Yet, much like the south’s economic collapse, that compromise is going to happen at some point in time.  It is inevitable.  The question is how much blood, whether literal or figurative, will be shed between now and then.

For Independence Day, I say let’s turn a bit of a tin ear to the demagogues and rabble-rousers on this and other issues.  Let’s start to think for ourselves and exercise our own independent judgment again, like the men who founded this country 233 years ago.  And let’s remember the cost of not being willing to compromise amongst ourselves.

Of all of the lessons of the Civil War, this is perhaps the most important to remember today in a time in which the left and right margins exert more influence on policy and debate than they rightfully deserve.  Let’s get past them and get this country moving forward again.

Hillary Lets Her Hair Down