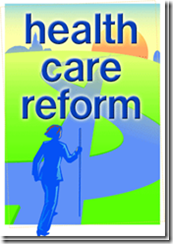 A new poll from Quinnipiac University once again demonstrates the softening of public support for health care reform:

American voters, by a 55 – 35 percent margin, are more worried that Congress will spend too much money and add to the deficit than it will not act to overhaul the health care system, according to a Quinnipiac University national poll released today. By a similar 57 – 37 percent margin, voters say health care reform should be dropped if it adds “significantly” to the deficit.

By a 72 – 21 percent margin, voters do not believe that President Barack Obama will keep his promise to overhaul the health care system without adding to the deficit.

The Democrats’ plans still have significant support, of course.  But it’s waning significantly, perhaps in step with recent Democratic blunders such as the Cash for Clunkers funding fiasco and President Obama’s gaffe at the beginning of Gates-gate and the weak, staged photo-op over a beer that followed.

To me the most important poll number in regard to health care reform is the one that reveals the public’s limited hopefulness about the proposed legislation:

Voters are split 39 – 41 percent on whether the President’s health care plan will improve or hurt the quality of health care in the nation, with 14 percent saying it won’t make a difference.

So it’s an obviously major expense and a coin-toss as to whether there will be an improvement in overall health care?  Sounds like a no-brainer.  Democrat’s plans need to be voted down before it’s too late.