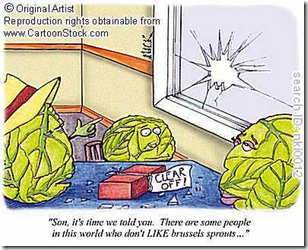 HR 1913, the latest far-left attempt to pass special provisions for hate crimes, is expected to pass through the House of Representatives this week, perhaps even tomorrow.

Hate crimes are abominations most often carried out by dullards and xenophobes.  You know, the kind of people your parents warned you about as a youngster.  Nevertheless, all hate crimes legislation is bad legislation.

Why?  One important reason is because these laws discriminate based on the un-provable, specifically the perpetrator’s state of mind.  In many cases it’s not possible to know the killer’s true motive beyond a reasonable doubt.  Is this to be left to jurors?  If so, it’s a recipe for disaster if consistency of the law’s application is of any concern.

Another reason hate crimes bills should be universally rejected is that they deliberately create different sentencing scenarios for criminals for committing the same act.  Is there a significant difference between a random murder and one based on race?  No, the victim is dead in both cases and the killer, if caught, is very, very likely to go down for life, if not to the gas chamber.

Hate crimes bills remind me of that Yankee-goes-south classic My Cousin Vinnie in which the lovely Marisa Tomei has this to say to Joe Pesci, who’s about to go hunting:

Vinny Gambini: What about these pants I got on? You think they’re okay?

Mona Lisa Vito: Imagine you’re a deer. You’re prancing along. You get thirsty. You spot a little brook. You put your little deer lips down to the cool, clear water – BAM. A fuckin’ bullet rips off part of your head. Your brains are lying on the ground in little bloody pieces. Now I ask ya, would you give a fuck what kind of pants the son-of-a-bitch who shot you was wearing?

Murder is murder.  Crime is crime.  The punishment fits the crime, or it ought to.  Easy concepts but evidently too difficult for liberal lawmakers to master.

Equal protection under the law?  No such thing if you’re a patron of the Democratic party – you’re more than equal, a privilege granted quid pro quo for voting Democratic, with little regard for the social, legal, and constitutional principles on which this nation was founded.

Thus was born the Welfare State, Affirmative Action, forced desegregation, abortion on demand, and now, apparently, state-sanctioned legal discrimination for thought crime – all for the benefit of the voters of one political party.

Some country that the Baby Boomers are leaving my kids.  ‘Preciate ya lots.

If you’re not too busy being gainfully employed tomorrow, call the House switchboard at 866-346-4611 and let them know what a mess they’re about to make.

No Stimulus From Senate